This is an archive of a consumer complaint published against 121 Financial Credit Union at DirtyScam.com-

I had my mortgage, savings, and checking accounts with 121 Financial Credit Union for many years.In the last year or so, I have had more and more negative experiences.Because of the most recent, we have decided to close our accounts.It is near impossible to get in touch with anyone by phone or email; when you finally do get ahold of someone (or go into the branch which is what we ultimately had to do), the representative does not seem to care at all about your problem.Recently, they switched all checking accounts to “Right Choice Checking, charging you a monthly fee to use your own account  Between the two of us, we had three accounts, thats $15/mo!I called and emailed trying to opt out of this program multiple times, but did not hear back from anyone.We had another issue and spoke with four people about it, only one of whom showed any sort of empathy.We tried calling a manager about it, but apparently they have ONE person in the entire company who can help with this sort of thing and she wasnt available.We went to one of the branches about it and the branch manager wouldnt even see us.I wish we left when we first had doubts, but we are finally working to cut ties with them altogether!I would not recommend using 121 FCU as your financial institution at all! 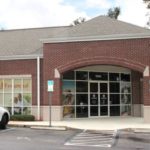