This is an archive of a consumer complaint published against 1395dctco.online at DirtyScam.com-

If you came upon this review and you had this feeling that you got involved with a internet scammer : Then you are reading a review that can save you lots of Money; Time and a huge amount of aggravation and anguishMy transmission on my 2009 Honda Accord was really running poorly, and after talking to my mechanic, ( he suggested a tranny rebuild ) I started to call some rebuild shops.Most of them were around $2350.00, but my tax refund check still had not arrived so I was forced to see if I could get it done for less money.I google searched transmission shops and came upon an ad that had a really low priced transmission repair, advertised as $1395.00.It looked promising but deep down my suspicions were telling me To Good to Be True .. and called the number hoping this would be the price.I was low on money and needed my Acura fixed really badly. So the guy on the other end of the end, a guy named James was real nice and in less than 10 minutes he talked me into the free tow and a reassurance the price would be low and most likely it would be less than $1600. WAS I WRONG !! Oh YES AND he was NOT an owner , management or a mechanic of the repair shop .Just some drug addicted , alcoholic that trolls the internet looking for people that are really need a solution to their auto repair problem.You might say he is looking for desperate peple who are short on cash. The car was picked and the following day, the guy from the previous days phone call contacted me and he said BAD NEWS because this X_____part was needed and that other thing was broke and the main blah , blah  was all messed etc.. etc  and you guessed right ,  the price doubled in 24 hours.Now Mr nice guy became the Wolf in sheeps clothing.  !!! YES 2 times more money.I was really mad. And this bozo James said  Im not the one beating on the car. The whole car is badly beaten up . LIAR !!.The car has been carefully maintained for years. He supposedly lives on long island in Bayport  and is over 100 miles and 2 bridge crossings away from the shop. He NEVER even saw the car !I did not have that kind of green so I said forget it and I will just pick up my car. This bozo James started cursing at me with 4 letter curse words and called me a low-life and was holding my car hostage until i paid the $349 tow fee + a $125.00 diagnostic fee.So these crooks made me pay for all of the over inflated tow and then some and now Im back where I started. The website guy is not associated with the shop at all.He negotiates a lower price for himself and then pushes the price up to almost double the amount. Pocketing a lot of money for what ?? a 20 minute phone call. and an earful of obscenities.A real con-artist this guy.One of the mechanics told me he is a pill popper and needs to feed his habit. Probably lives in his mothers basement. I did a search of the company and his phone number is the same one he used for the same company BUT with a different name.(1349trans.shop / Jauto2018 & tra10jr.com ) ) DO A SEARCH of these WEBSITE NAMES and you will see lots of bad reviews. He changes the name constantly There are other reviews with the same situation I faced. Just do a google search and you will see plenty of terrible reviews.Some of them state that the shop the car is towed to, does not rebuild but puts a used transmission and charges the full price; as if they rebuilt it. Some people had warranties that were not honored.Some cars were returned with damages done to the vehicles exterior and interior.Scratches on the paint job.One reviewer says when your car is picked up , on his account you are treated much more poorly than if you went to the shop.This is one horrible businessman that only wants to take your money for no work or services rendered., Beware of these transmission rip-off artists and check his reviews before you give anybody the keys to your car. Here are numbers that he has used in the past.Call one of them; they are probably active and he will answer !! This man is the WORST !! (( 267-375-9291 , 631-228-8823 , 732-201-8562 , 732-807-5999 ; 203-297-9916 , 203-293-7367 ; 443-261-4743 ; 470-391-2929 )).DO NOT GIVE HIS Associates the keys to your car because they will only use it as leverage to get money out of you.They will tell you this is not a criminal act but a civil one and you either pay or they can give you a hard time on getting your car back.He will keep calling you after you have talked to him, so do not answer his calls. He does have a lot of phone numbers to use to trick you into answering the phone.Do your due diligence before letting anyone get the keys to your car.The NAme of the shop is Precision Transmission and Auto Repair located at 744 Rahway Ave , Woodbridge Nj 07095. Beware of him to.Hes a greedy repair shop owner. He brings cars to  Discount Transmission downtown Philadelphia as well. 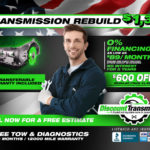