This is an archive of a consumer complaint published against A Pinck & Associates at DirtyScam.com-

Alan is quite nice. I believe he works mostly with contract firms, like Tax Resources.Unfortunately, I had a pretty bad experience. After his 6 months of work on my audit, I started receiving letters threatening to disallow my entire business!I hired a new accountant to look into it and it turned out that Alan had explained my business so poorly and had been so unclear in communication that the auditor wanted to disallow everything out of frustration.Other problems included: Alan asking me for 1200 pages in documents when I later learned the IRS only actually wanted a few specific items, and Alan suggesting that I write up a spreadsheet of my expenses and write down every expense that might be gray area (which didnt work out well).In later hiring a slightly higher end accountant, I saved a lot of time and ultimately a lot of money.This is only one data point for Alan, but I think its important to share.My advice  pay the money and find the best representation you can so you do the audit right on the first go round! 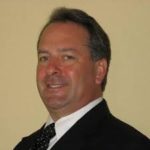