This is an archive of a consumer complaint published against Abacus Accounting at DirtyScam.com-

During my initial meeting with Jennifer, I was asked questions that made me debate about leaving my paperwork there to have my taxes done to begin with.Basic questions while she was looking directly at the paperwork that would give her the answer if she was actually reading it.Against my better judgment, I was already there, so why not.Their pricing was competitive (I was quoted $250 both over the phone and by Jennifer while in the office), and it would save me going elsewhere for another meeting.A lot of paperwork involved, but pretty simple tax filing overall.When I received the call that it was time to come in to sign and pay, they tell me my total would be $473. So $223 (almost double!) more than I was quoted by their office twice before.She tells me it was because she wasnt aware of our income level.If you do not have the skill set to request my income level before offering me a quote when said income level would almost double the initial quote, then I definitely should have followed my gut instinct and walked out of my initial meeting.She doesnt disagree that she told me the initial amount.She just says she had no idea of our income level which would require more forms for her to complete.Which she should have had a pretty clear picture of after the hour I was required to sit with her while she went through each document I provided.Then, as opposed to making it right by eating their “losses because Jennifer could not seem to comprehend what her job would entail, I was offered $100 off to make up for it.I think not. I believe I will go somewhere that will give me an honest quote to begin with (and likely a much more thorough, accurate tax filing). 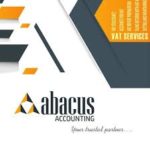