This is an archive of a consumer complaint published against Abbot Tax Service at DirtyScam.com-

I was in the same situation as Brandon A but quite different results. First, I was told that if it appears that I would owe money, I would have my taxes done before the deadline.What actually happened was i did, in fact, owe money and my taxes was not completed until a day after the deadline and was told that I owed a significant amount of money.I later had another tax service look at it and was determined that I actually deserved a refund.Contacting Abbot Tax Service about this I received zero response. Not a fan. 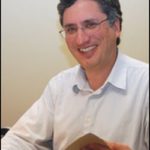