This is an archive of a consumer complaint published against Academy Mortgage  Eastlake at DirtyScam.com-

My wife and I were put in touch with Academy Mortgage through our real estate agent. Initially, working with them was great. They were responsive, friendly, and genuinely appeared to have our best interest in mind.However, it all changed when we began to shop around to compare interest rates. We were offered a substantially lower interest rate by a competing mortgage lender.Academy responded by informing us that our rate had come down since the last quote, and we were now sitting at an interest rate close to the competitor.We decided, given our existing relationship, to continue and seek mortgage approval through Academy Mortgage.However, at the time of closing, we noticed that Academy Mortgage had achieved the low interest rate through a buy-down, not because they had “come down as previously stated. A buy-down was at no time discussed, requested, or implied in ANY conversation.At this point, we were stuck, as interest rates were no longer at the rate they were when we were locked in, so pulling out and going with a new company would just waste our time and money.The branch manager admitted fault, but told me there is nothing they can do. My expectation from a lender is to be fully transparent in regards to costs and fees associated.An interest rate buy-down is common practice, but in my experience it has always been a discussion regarding amount and breakeven point.The fact that they took 4k of our money and bought it down without telling us is infuriating.Unfortunately, the “Im sorry I received from the branch manager does not put $4000 that Academy Mortgage took, back in my pocket. It does not make up for the critical 24 hours before closing that they were conveniently unavailable to take my call.I feel strongly that Academy Mortgage deceived us to keep our business. They took $4000 of our money and used it to buy down the rate without giving me an option to choose if that was the right decision for me OR if they were the right company for us.Given the choice, I would have much rather used this money to put back into our new home. At this point, my only course of action is to tell others about my experience.I am BEYOND frustrated with Academy Mortgage. I cant imagine this is the first time nor the last time that this will happen with them.Oh, and in the companies post process survey, we provided our review/comments and checked the box asking them to contact us. Still waiting for that call 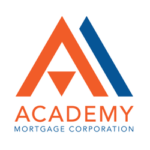