This is an archive of a consumer complaint published against Admirals Bank at DirtyScam.com-

We started this process in April..So far our solar panel instal has been pushed back 4 times because they are not communicating with Petersen Dean.My husband talked to Stacey again on Weds. Stacey said he had been to busy to get to our loan and that he would let PD know that they are not ready to fund them yet.Well our appointment for 4th install attempt wAs today, friday. Guess who woke me up this morning with sawing and hacking on my roof top? I had to run out in my robe and let these guys on my roof know that they will not be getting paid if they install today. ( they left after installing some brackets)Someone, again, forgot to communicate??? Suppose to sign docs next week. Fifth attempt coming right up! This is BS!8/5/14-  next week has come and gone. Stacey was given everything he asked for and we have not heard 1 word from him.This is almost comical. We have decided to wait and see how long it takes for them to communicate with us.Up until now we have done all of the communicating/ calling and checking up. By the time they are ready I will have the cash to pay PD and wont need financing.8/12- Now because the two companies (bank and Peterson dean) have not been communicating, and this has dragged out, they will need to run our credit again.We just bought this house and a car so credit went down a bit of course from all upgrades and things we have done to the house.Lucky for them my husband did not tell me before they ran it again because I would have said NO! I would have told them to “Kick Rocks, Im done With You!But its to late now, damage is done. If our finance rate changes than I made sure my husband tells them just that.We are now back to waiting for a phone call back “in a few days. I prefer to pay cash than deal with this company.8/19/14- Still waiting for the two companies to collaborate. Got a new contract from Admirals and the numbers are off, finance amount is about 600$+ higher..really???(since they took so long on the first one, we needed to do a new one) we called Petersen Dean and they will be talking to these guys (supposedly) so..still waiting..very messy3/19/15- We are re-financing the house since rates are down, its been a month and a half and these MfS have yet to send back the necessary paper work to finish the transaction!I will be going to next. All I need to hear from my mortgage company is that they still have not received what they need, just one more time!11/2016- Refinanced the house and paid these guys off DONE WITH THEM THANK GOODNESS! NEVER AGAIN! Not a moment to soon. Dont think they made it easy either. 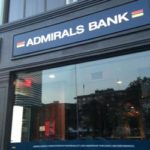