This is an archive of a consumer complaint published against Advanced Home Brokers at DirtyScam.com-

We closed on a manufactured home during the summer of 2017 in which everything was paid, including the prorated property taxes.We were told by the realtor he would handle the title transfer.Several months later, after numerous attempts to contact him and still no title, we were finally contacted by the previous owners and informed they were being held responsible for the current years taxes because the title was never transferred.After getting that paid, the realtor finally got in touch with us because he needed new forms signed to process the title transfer, in which he printed them for the wrong address.We got that fixed, signed and submitted the forms to him, and waited.Several weeks later, he informed us the property taxes had to be paid for the upcoming year for him to process the transfer.17 months after closing on this house, we just now got the title to it in our name.This man is a procrastinating hack who has no business being in this line of work.The only reason Im not filing a complaint against him is because, eventually, the issue was resolved, but steer clear of this organization if you value your time and sanity. 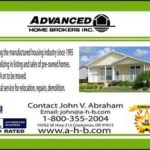