This is an archive of a consumer complaint published against Advantage Real Estate at DirtyScam.com-

David Rosenfeld has two faces  one is the realtor people have given great reviews here, and the other tries to steal from poor people such as myself.It is no wonder that you will not see the name “Advantage Real Estate on his more colorful properties.I only found the name “Advantage by doing a google search from Davids phone number.Even when I was a resident living in his property, I had to track him down in order to get any response.David Rosenfeld and his property manager are why people should be wary of real estate agents and brokers.In my dealings with David and “Marvin, I found that they lie openly to prospective tenants, and when we moved out of the residence they asked us to lie for them when new people came to see the place.Rather than be honest about the dangers of the area, these people lie to get people to move in to run-down residences.It is no wonder that none of the other residents spoke English  it must be easier to take advantage of immigrants.We moved into an apartment where the year prior the resident had their car stolen.David lied outright and said that it was the first time it had happened when our car was stolen on our first night in the apartment.A simple check of police records found that either he was lying or does not do due diligence on his own property.We probably should have checked the place closer before moving in, but once we moved in we found a pair of scissors stabbed into the wall of the attic, a paintjob that literally painted over pens and other items on the closet shelves, and basically no maintenence man to speak of (Marvins son, who cant even screw in a light fixture properly).We should have seen the warning sign when one of the neighborhood teenagers was having sex with a girl in the bedroom closet when we came to look at the place.We should have walked away, but we trusted David.Looking at the other reviews, it seems obvious to me that David Rosenfeld has done very well finding people homes.He should stick to that, and not be a property manager.When we moved out, after repeatedly being promised a full refund of our deposit, David charged us additional fees upon leaving.Had we not just been through the worst ordeal of our lives (moving into and living in a David Rosenfelds residence), we would have sued. But of course we were poor, and David knew this.Within a few days of the car being stolen, I saw that our garage had been tagged “18  the mark of the 18th Street Gang  one of the most dangerous in Los Angeles.This was not a safe place to live, as would be obvious to anyone who spends a few days there.David told me he would not rent our a place that he would not live in himself. He is a bald faced liar. 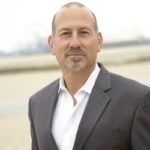