This is an archive of a consumer complaint published against AES/PHEAA at DirtyScam.com-

I was applying for PSLF (Public Service Loan Forgiveness). For which, I submitted my employment certificate. After a week, I received the information about the payment updation. AES had updated the payments against the employment certification I provided. After going through the revised statement, I found out that there were six payments missing.I called them right away after checking the details of payment revision. I told them about the inaccuracy in payments. I explained them the payments that were not showing up. After talking to them, I sent them the letter with which I also attached bank statements to prove my stance. After uploading all the documents as per their requirement. I did everything that they asked me to do. Requested my bank for a detailed statement. Followed up twice for all the information and uploaded it on their website.After few days, I called them to ask about the payments clearance. The rep told me that it usually takes 7-10 days for making the changes. The internal department is working on the verification and soon I will be intimated about the change. I understood everything he said. He never mentioned that I will have to follow up with them to know the status of the complaint I made. It was them to inform me about the changes.After 15 days, when I did not get any email or alert about the solution of payment adjustment, I called the office again. This time, the person told me that the complaint resolution was still in process and it would take few more days to reflect in the system.After 20 days of making that complaint, they have still not called me back or havent even emailed me about the same. I have been waiting for their reply. It is not easy to connect with them during my working hours. I take break for lunch and keep calling these guys to do the needful.The last time I spoke with them, the person on the line seemed rude. He was irritated of my calling so many times. But, did they leave any option for me. I needed to know that the payments were acknowledged. I provided them with the bank statement which reflected the payments clearly. What else they need.The guys are sluggish. They do not know how to operate their system. These people are incompetent and cannot take care of their customers information. If I had known this earlier, things were different.I am stuck with this program. I am not going to pay again as I have already made six extra payments. These guys will have to correct the same. If the payments are not reflected in the system, what would I be doing. With limited income and much needed concession, I am stuck with inadequate information and below average customer service. I am not going to leave calling until they provide me a resolution.These people are lazy and most of all, do not care about their customers. 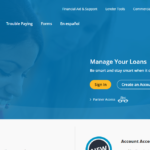