This is an archive of a consumer complaint published against Alp Kantar at DirtyScam.com-

Zero stars! Annoying this wasnt an option. Alp Kantar is absolutely awful. The worst “professional Ive ever come in contact with.Saul G is 100% correct that Alp will do whatever it takes to make a quick buck  actually LOTS of quick bucks  up to $4k of our security deposit to be exact.Where do I start? First, the 12/1 re-sign date. If you rent from him he “requires that on December 1st, which is a mere 3 months INTO your leasethat you have to decide if you want to re-sign or not, if youre not sure theyll put the house back on the market.How awkward to have this conversation with 3 girls that I am JUST getting to know.Second, if you want to add or switch anyone on your lease he requires a $500 background check PER PERSON.This was after we bartered with him after he original requested $1,000 a person. A background check is no more than $50 to perform.Also, neither of the examples Ive state above are exactly legal so theres that.After two of my roommates eventually caved and gave him the $1k total to be added to the lease, he then posted on Facebook the day after about all his money hes taking to gamble in VegasI wonder where that money came from!? He is unethical and using illegal tactics to take as much money from tenants as he possibly can.Also, his assistant Lucia is just as bad. Every time Ive emailed her a question about some clarification she always responds like I am the most annoying person in the world. Her JOB is to help me.Advice for anyone  stay far far far far far far away from this man. Completely shocked he hasnt been sued yet.I had to consult with a lawyer over a month long process to get our security deposit back.Out of the $4k we were owed, he decided to give us back a little over $100 TOTAL.Thats $25 a person. He had no receipts for the charges he claimed whatsoever and just created an invoice himself.He made up charges about scratches and marks on the wall and ballparked prices for “materials that I can bet my life on were not bought.If you ever get in a situation with him like this, you MUST fight back. If you are a parent of a child who wants to use him as a landlord, DONT! 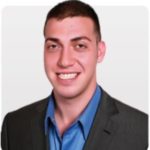