This is an archive of a consumer complaint published against Altrius capital management at DirtyScam.com-

Altrius Capital Management has scammed me of $10K. The capital management firm and its team members that boast their style of investment calling it invest like an Aardvark are liars when it comes to keeping their promises. At first appearance, they seem to you like a company that is doing something out of the box capital management, but that is all to get your money in. They make huge promises to you, like making you invest in stocks that give you dividends slowly but surely, but they are fake promises. Altrius Capital Managements James Russo and his book talk at length about how you should also be investing in stocks like Aardvark, an animal that hunts in a unique style. Based on this, he takes your capital in and vanishes. Forget slowly! Your return never comes back in the time they promise you to come.I had saved my money from the land deal that I had done months back and was looking for a capital management firm. Thats when, on one of the most unfortunate days, I came across Altrius Capital Management firm and James Russo. Russo, from the very first meeting, boasted about the achievements that, because of his ideology, were made available to other people. But when you ask to contact those people, he would deny saying that the company policy does not allow him to reveal such information. Meaning that there is no way to confirm the boasting that he does. After that he starts boasting about his book that he has written and he even lies about the Aardvark philosophy, claiming that he is the one who has invented it.This philosophy has since long been in existence, a lot of my friends follow it. But the fact that he does all this to impress you and get your money in is what makes me sure that his company and himself are scammers working in disguise. Promising you the best return and dividends on the share, they ask you to invest in the shares they tell you too. Completely ignoring your suggestions or advice. By the money that I had saved in the land deal, I decided to manage it via capital management. I was expecting because I was told and promised by Altruis Capital Management that the money would double in months. I got carried away because of their stupid philosophy that Aardvark thing.But the thing is when you have a closer look at that philosophy, you come to know that it is nothing else but the same old story of rabbit and tortoise. Aardvark is just a fancy name which James Russo and his company have came up with to sound eccentric so that they have an ease in getting your money in. And they also boast about how they operate on a fee-based but not on a commission-based design. This is a complete lie. I even have the proofs of how Altrius has charged me in the name of commission a 2% on the total transaction.I am planning to file a lawsuit against these fraudsters especially James Russo, who is also the author of that book. Apart from not delivering the return as they promised to and charging me of commission, Altrius has also left me with no more savings. When I had asked for a refund because of not completing their promises, James Russo came and personally told me to return it within a few days. I asked him to give what he says to me in person, in writing. Days passed away and now it has been months, sometimes he picks up my call, but most of the time he doesnt and whenever he picks it up, he again promises me some other date. To date, I have nothing in writing from either Altrius or James Russo.Is this the way they treat their funds? Their websites boast about how they treat their clients funds as their own. They have no transparency towards their clients, be it private or public. I was never known to the shares theyd invested my money in. How much dividend is offered to me and when? All I had access to was a login account which was made on their website, by which you could call the Altrius helpline number which was managed by the team and when you asked them about the investment, they denied calling it the company policy.As you ask them this question, comes an amazing reply from their team. They will ask you to become a private client, meaning that you would have to pay more. This is how they scam you. Altrius Capital Management just wants your money in the name of fake promises.Wait more! Invest more! Invest like an Aardvark! You arent investing like its mentioned in the book! They would blame every damn thing on you. When the fact is that, if investment is done in the way they mention it to you to do, investment isnt even possible. They frighten you to buy that book written by James Russo and study it completely before investing. The simple question that you need to ask yourself is if you had such a good time, why were you hiring them to play with your capital?Please beware of these scammers, they play with your capital and leave you with nothing. These guys will only rip your money and would never turn back to see what happens to you. They are predators and scammers. They must be banned from advertising their services online. A completely fake guardian. There is no way you can trust him and he would repay you back with commitment. It is all about cheating. Do not get any close to this person or you may have to repent later. He would take all your money and leave you in pain and sorrow. My savings are all gone. 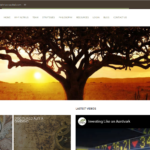