This is an archive of a consumer complaint published against American Loans at DirtyScam.com-

American Loans advertizes a lot and I decided to try them.Over the yrs I have refied several properties so I am familiar with the service others offer.I worked with someone named JL or JT Lavina and he was initially very nice and seemed very helpful.I turned in all of the required paperwork, but no fault to him since it is required of everyone.However, after about 6 wks into the process, he stopped returning my calls.I just wanted to know the status of the refi. About 2 wks later, he finally picked up and said that we needed to do a $500 appraisal on the property, before lenders would consider the loan.I was told from the start that I would not have any out of pocket expenses.I never heard of this before but needed the loan to go through so I paid it.Another 6 wks went by with no follow up after several messages were left.I finally got in touch with him and he said the loan would not go through and gave me no reason why.I have a credit score of 780, have been in the same job for 10 yrs and the home I was trying to refi had a 40/60 loan to value.I thought maybe it was less him and more that the loan was risky.I would have believed that if another company wasnt able to process my loan in 6 wks.I wouldnt waste my time with this joker. Sorry Mr Lavina, there are better people out there to do buisness with. 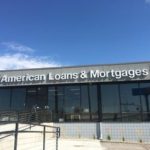