This is an archive of a consumer complaint published against American Savings Bank Home Loans  Queen Ward at DirtyScam.com-

Stood in the regular line with one person in front of me. The three customers being helped were taking forever and because I have a business account (although this visit was for personal accounts) and there was no line for commercial transactions, I wrote a $20 cash deposit for business just so I can stand on the empty commercial line.A male teller frees up and instead of helping me, helps the guy that was in front of me. Fine, he was technically before me so whatever.His transaction was fairly quick so I thought hed wave me down but waves down the next customer from the regular line.That customer finished quickly and then he helps another one instead of me.So basically nobody was in the regular line so I went back there, ripped the deposit slip for my business deposit and waited in the regular line I was in to begin with.When he finally helped me, I was like do you not prioritize commercial transactions? Hes like, not when theres no commercial teller present.And I was thinking, how was I supposed to know that. I simply answered, well they prioritize us in other branches.His response, well the regular people usually get mad. Im thinking, well thats your job to explain to them why you do certain things.And Im not asking to exhaust the commercial line until finally helping the regular line.Other banks stagger and alternate commercial and regular, but they dont even do that in this branch.He knew I first stood and waited in the regular line and so did the two guys waiting behind me.If he called me from the commercial line before the two guys in the regular line, why the eff would they get mad.They knew I was there before them regardless of which line I stood in.So upset with this bank. No standard protocol across all branches.As a bank, you should prioritize your business accounts which hold higher capital than individual accounts.Also, businesses are more influential than an individual so youd definitely want to prioritize commercial transactions. So upsetting! 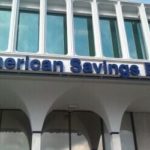