This is an archive of a consumer complaint published against Amy Bonis Mortgage Team at DirtyScam.com-

I debated posting a review for quite a while (months!) and I feel I have to.To preface this, let me say that I am a mortgage professional myself.I was in the process of getting a loan through the bank I was working at, and due to some requirements there, I couldnt get financed.I was referred to Amy Bonis through my Realtor.I needed an FHA loan because I had commission income for less than two years.I know this income is allowed  as I said, I am a mortgage professional.FHA requires one year of commission income, not two!First things first  the assistant I spoke with was fairly rude.I couldnt tell if she was just having a bad day, or if that was her personality, so I didnt think too much of it. But then Amy called.We talked for a minutes and it became apparent she really didnt want my business.She was arguing with me about the FHA guidelines, was EXTREMELY condescending, and unbelievably arrogant.I honestly couldnt believe she would talk to ANYONE this way, let alone someone who was referred to her.She insinuated I didnt know what I was talking about. We then got off the phone.I immediately emailed my agent the FHA guidelines so at least he was aware that I was correct.Oddly, Amy Bonis called me again, argued with me AGAIN, and even read the following guideline out loud to me in an incredibly rude voice:Definition: Commission Income refers to income that is paid contingent upon the conducting of a business transaction or the performance of a service.The Mortgagee may use Commission Income as Effective Income if the Borrower earned the income for at least one year in the same or similar line of work and it is reasonably likely to continue.When she finished, I simply said ‘Okay, does it say one year or two. She stumbled and said, ‘Well, one.. butLook, there is no ‘but. Guidelines are guidelines and it was not my responsibility to educate her or put up with her attitude. I told her that I would not be using her services.In short, if you want someone who appreciates your business, will treat you with respect, will educate you and will in turn take in new knowledge  use anyone else.Im sure she means well but, her personality being what it is, I would not recommend her to anyone.In fact, I can say with certainty that I will never consider referring a client. 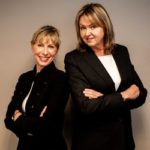