This is an archive of a consumer complaint published against Andrea Greco at DirtyScam.com-

I have worked with Andrea Greco in order to get two of my properties financed.I have asked her how exactly the process is going to be, time frames and how it works since I am a foreign investor she told me that the process should take about a month and that everything should be signed and sent by mail.In the beginning I have to say that she did make me feel comfortable. That she knows what she is doing.After a period of TWO months (still in process) She told me that I have to go and sign at the US embassy and sign 18 signatures each one of them needs to be notarized at the amount of 50 Dollar per signature! (had I known it before I wouldnt start the process).Another surprise I have discovered as we proceed was that I need to pay 700 dollars per property for appraisals!I havent even received anything and already had to spend more than 2000 dollar.Since time has passed and I have committed to another investment which I was supposed to use this money for I have decided that it would be better to continue than to start a new process with someone else (my biggest mistake).I went ahead and schedule an appointment at the embassy and signed all the documents in front of the notary.But before doing that I have confirmed with Aundrea how exactly everything should be signed.I went as far as to sign on papers and take photos and send to her and she confirmed that this is how it should be done.I finally signed the package and sent by FedEx to the title company.A week later I was informed by Aundrea that the way she told me to sign was wrong!And that I should go again, and have it signed AGAIN and pay 800 USD AGAIN.When I tried to confront her with all the messages she sent me showing me how to sign she decided to attack.At that point I have decided to cancel the loan request and to stop any business with her.I did not have a problem with the fact that she made a mistake, people do and its normal.I also did not have a problem with waiting a little bit longer with the loan.All I expected from her was to take responsibility for the notary cost and she denied.If anyone is considering working with her think twice.Of course, I have kept all the documents and now we will start a legal process to receive back the money we have lost 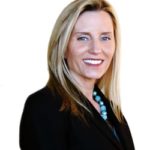