This is an archive of a consumer complaint published against Andrew Louis Piretti at DirtyScam.com-

I contracted Andrew Louis Pirettis services in May. My tenants left in the middle of the night during October.I sent him multiple emails that went unanswered.I was unable to be more proactive because I was out of country for work and then out of state.I finally got a hold of him in Jan 30th when he finally told me that he had dropped the ball and there was no renter anymore.He promised cleaning and repairs as well as to pursue the former tenants in small claims on my behalf.None of which happened. He did not market my home until March of 2014.He did not do the cleaning or repairs which scared off potential clients.His excuse for not finding a tenant was a ‘soft market.I fired him, repaired and cleaned the place myself, and found another property manager who found a new tenant w/i a month at my asking price.Andrew Piretti of PK Management neglected my property, cost me 10K in lost income, lied to me and was in complete breach of contract.I found out recently that he is operating under a restricted real estate license and has 13 judgements against him in the past. 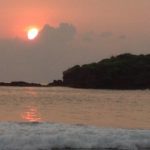