This is an archive of a consumer complaint published against Apex Lending at DirtyScam.com-

I sent a resume for a Loan Officer position in early May 2019, and quickly (the next day) was invited in for an interview.The interview went well and I was offered the position that I wanted.What was interesting is that the hiring manager in the Santa Ana office was evasive about the compensation plan as it relates to salary, AND the “ten thousand dollar signing guarantee So, instead of being perceived as sceptical, I determined that those numbers would be disclosed via hr.THE AGREEMENT was that I would start the following Tuesday at the latest.The manager escorted me into the human resources department, wherein I completed a stack of onboarding paperwork, which I completed and handed to hr.I went home, took a picture of the license plate on my other car..which I would use to commute to work as well as a snapshot of my ssn card.Well, after waiting for over a week and a half, I was told they were “reviewing my application Naturally, since I was promised a position, I stopped pursuing a career elsewhere, and turned down two other offers as I thought I was good to go.In any event, I never got the position as offered, and the manager (intentionally?) wasted nearly two weeks of my time.as well as the hassle of things mentioned above.How does this impact the consumer? I am not certain, what I do know is this was an extremely uncool and unprofessional experience. 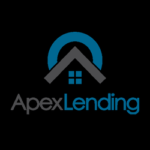