This is an archive of a consumer complaint published against Ara Haddadian CPA A Professional Accountancy Corporation at DirtyScam.com-

First of all the online reservation is a joke, we booked online, received no confirmation after the site announced that “youll receive a confirmation e-mail, later on we called him to either confirm the appointment or book one.Long story short, after questioning and talking in rude manner, he is telling on the phone that my fee is $400 if you want Ill call you back!Well, this guy on the phone does not worth even a few cents of my unlimited cellphone minutes that we spent talking to him!Like other two negative reviewers commented, he is a total rude asshole.If you want to waste your time and probably money, go through all the reviews which there is not even an average one see how many repetitive, emphasizing on certain words/phrases and similar comments youll find and then try to do business with him. 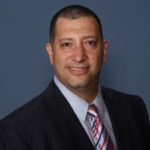