This is an archive of a consumer complaint published against Archibald Relocation at DirtyScam.com-

Disappointing experience with archibald relocation has left us in a nightmare scenario with an area of the house unpermitted and requiring significant investment to rectify.Additionally we are paying an exceptionally high amount of property tax for the area which we feel is something that should have been flagged by the realtor as total newcomers to Portland, as not only are we going to be increasingly out of pocket but we feel it will cause difficulty when we eventually come to sell the house too.Both items should have been negotiated during the sale as we have effectively overpaid for an illegal area of house.Subsequent correspondence with the realtor have showed she gave us false information during the buying process which has since been clarified to us in speaking with city officials.Items that were negotiated during the sale were not written into the contract (however the realtor did pay out of pocket herself to fix that.)We would not have gone ahead with the sale knowing all of this and were actually put under pressure to make the sale as we were made to feel we had unrealistic expectations for what we could find otherwise.A year on I am still having sleepless nights. This is something that we believe could have been avoided if we had a realtor who checked the permits and picked up on these issues during the negotiation.As first time buyers in a new country we put our total trust in archibald and are now living to regret it. 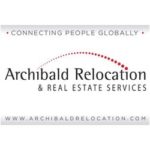