This is an archive of a consumer complaint published against Ardor New York at DirtyScam.com-

I dont know if they still handle sales or only rentals but when I had the misfortune to cross paths with them I was buying.Im always going to hate these guys because they pretty much cost me the deal of a lifetime.When I turned 30 I decided to buy an apartment in NYC which all my friends thought was a crazy idea.I was young, single and didnt make a great deal of money. But on the plus side I had great credit and worked for a bank where I qualified for an employee mortgage and had lots of financially savvy co-workers giving me advice.The real estate market in NYC wasnt totally insane yet though it would enter a bubble two years later.Long story short: I found a building in Brooklyn in an obscure neighborhood I figured correctly would be nice one day and the previous landlord from before it turned co-op was liquidating all his holdings way below market as sponsor sales ( no board, no 20% down).I found a gorgeous one bedroom. Enter Ardor. I could tell during the walk through the agent wasnt listening to a word I said.I kept trying to show him my mortgage approval and bank statement showing I had the downpayment and he didnt care.A week later I called and they didnt know who I was. They never put my bid I e-mailed them in and somebody else snatched it up.Was it because I was a young woman? Did the low price mean he didnt care about the consequently small commission? Did he not want to deal with the complications and transfer tax of sponsor sales? Who knows but I will always resent Ardor. If it was actually discrimination thats illegal.A few months later I did buy a sponsor sale in the building on my third try.Its smaller and un-renovated but on the plus side its on the top floor.My agent? An aspiring filmmaker who moonlighted as a broker and worked from his apartment.Not the most professional guy on earth but he took me seriously as a buyer and really helped me out.Lots of aspiring artists moonlight as real estate agents.Dont write them off. Sometimes they can be more decent than elitist sleazebags like Ardor. 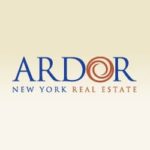