This is an archive of a consumer complaint published against Arizona Investment Link at DirtyScam.com-

At Arizona Investment Link i saw an ad online for a condo that was advertised on the website of AIL. That is when I met Jason LaFlesch. He was the agent representing Arizona Investment Link. He said that he would be happy to help me buy my first home.I had just graduated from my collage and was looking to own the first house.Jason seemed nice and was too sweet.I should have guessed right then.We made an offer verbally after checking the property.It was a nice place and I was looking forward to owning it.Jason communicated the message to the seller and he also agreed. I was meeting all the requirements.Jason said that the seller was interested to deal with me and he would soon be sending the email with the form required to be filled for processing the deal further.Jason requested me to use his friends company for pre-qualification. I said that I was in talks with another company.But, he said that his friend was great and it would be done faster. I waited for him to send me all the information.After many hours, when he did not call, I called him to remind him of the email.He said that he received a cash offer with $5000 greater than what we agreed at verbally.So, he said that if I do not match that amount, he would have to convey that to the seller and he did that right away.Then, I told that I would be contacting my lawyer. He panicked and said that he would do everything to make it right.He agreed to send the email that night. I also filled the form and sent it back the next morning.After couple of days, he called and said that I was not able to pre-qualify for the loan which was not true.I was qualified with my company and said that the owner of the house was also not available to sign the deal.The next day, I received an email saying that the offer was declined. What I understand is that he manipulated the entire deal.He misrepresented the paperwork to the owner and intentionally made it appear that I was not qualified for the deal.This he did to go with the stronger lead. I was left with no answer. I called him many times and he never responded after that.He sent me a text saying that he regrets the deal was out of my league with a smiley.After making me work for the offer, he made sure I do not meet the requirements being my agent.If this is what you call business, then where are the ethics. This man is a cheater and dishonest. He can ditch anyone.If you are looking for a real estate agent, be sure what you find. If he is the man, do not walk, run away as far as you can. 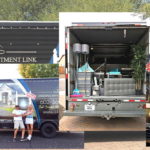