This is an archive of a consumer complaint published against Arkansas Heart Hospital at DirtyScam.com-

My brother had bypass surgery, and his experience at the Arkansas Heart Hospital was not good in many ways.He got off to a rough start after the surgery and because of pain meds was really difficult  argumentative, etc.[Not to mention that the week before the surgery he had no idea his heart was ailing, and was in total shock.]Even though he had had nausea the first day and only clear liquids, his nurse gave him Hydrocodone on an empty stomach with water as a chaser  making him sick.Then gave a discourse about why men in their 50s are just babies when it comes to recovering from heart surgery (!).When we dared to complain, the nurses became alienated and from that point on his stay was miserable  from the nurses to the case managers.He found out his last night there that they had made notes on his chart about an ‘allergy to hydrocodoneSo he got only Tramadol for days  which did not work for his pain at all.The case manager was to get him into rehab but continually told him he would not qualify, and that she was not able to get anywhere with his insurance company in getting an approval.She and another case manager continued to indicate to him that the insurance was not going to approve the stay, even after PT finally did their eval stating that he qualified for acute care rehab.When I finally got through to the insurance pre-certification department, they said that the case manager FAXED the clinical information instead of calling it in, which automatically delays the approval up to 5 days (!).They said that if the nurse had called it in, the approval could have been granted on the phone! He finally did get a really good nurse his last night there.She gave him a good pain medicine that worked and helped him rest, and immediately his outlook turned around.Overall, there was a lot of politics and backstabbing going on, that was not at ALL in the best interest of the patient.So whatever you do, dont complain! A “squeaky wheel gets no oil here, and may not recover. ?? 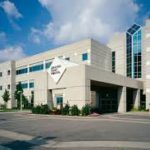