This is an archive of a consumer complaint published against Atlas Properties at DirtyScam.com-

Im giving them a NEGATIVE star, even that its not possible on this review! We had a really bad experience that I couldnt even think it could happen.After a lot of stress to get all the papers done and deliver the checks, we finally signed the agreement we were just waiting for the other party to sign and that will close the deal.The days passed and we didnt receive any response from these guys.It was a complete silence after we gave the checks they didnt even send an email with the status of the sign of the contract nothing!It was so difficult to get in touch with them. When they finally responded, they said everything was almost done, just waiting for the landlord to sign and thats it, but that the apartment was out of the market.For my surprise, 1 WEEK BEFORE MOVING I receive a call from these guys, saying that we cant move to the apartment we have signed for and gave the checks almost 2 months ago, and that we can go to their office to get the checks back. What?? Just like that??? At this point you will expect some support from the company you hired and paid, and not “ dont make this more difficult than it is, because it will be worst for you than for us.To make the long story short, the landlord leaved voice mails and emails to them saying that it wasnt possible to move to the apartment and that it wasnt on the market for rent anymore, and this was notified to this company 1 MONTH before moving date!But these guys decided to notify us just 1 WEEK before moving, after we terminated our current rental, contracted a moving company, change addresses, etc Doesnt Real Estate companies should rely mainly on emails and phones as their main tools for work? This is not what you expect from a responsible real estate company!At this point, you will expect them to try hard and find an option for you to move, because it was their fault an irresponsibility to not notify you on time that you cant move.They simply resolved it writing a check back and saying good luck! As simple as that!Summarizing, I started a search on the web and with less than 10 phone calls I found an apartment better than the one that we have selected (for our luck!!).Probably what some people say is true: things happen for a reason and the best is what happens.Trust in this but do your search before contracting a real estate company. Dont leave that task to luck! 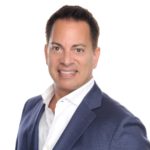