This is an archive of a consumer complaint published against ATSOURCE at DirtyScam.com-

I contacted Richard in July (after filing an extension for my taxes) based on a friends referral.Because I was recently married and have several businesses and had audited, I was not comfortable doing my own taxes.I sent him all of my data and he said he would get back to me with any questions.I followed up the next month with additional information.The week before my taxes were due, I called and left a message asking if there was anything additional due. I also emailed.I called again and was told he was in Las Vegas and would return the next week before extension taxes were due.THE DAY BEFORE taxes were due, I called twice and he returned my call and told me that it was complicated and he could not do my taxes and I would have a large self employment bill and I should just pay that and then file on my own (which ended up not being true when I actually filed-the taxes were consistent with previous years filing).He later admitted to my friend that he had forgotten and dropped the ball on my file.After I filed my taxes, I was sent a letter with a fine of $2500 from the IRS and penalties for late filing.I called him and emailed him and when he called me back, he argued and lied and said I told him not to file because I would owe taxes and that he spent a lot of time on my file and was out a lot of unpaid hours.I told him he needed to right with the IRS.He told me that if I send in a request for abatement and if I had no previous late pays, they would accept it.I told him he needed to do that. He told me no, then said this was all my fault and a s a professional I should have followed up sooner with him and he did his job and because I didnt want to pay taxes he had to fire me and hung up on me.The IRS denied my abatement request saying I should have followed up with him sooner and gotten a copy of my return prior to the extension due date.I never received an invoice, a list of questions, a return to review or any correspondence.I always initiated the correspondence. 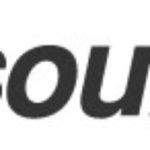