This is an archive of a consumer complaint published against Aurora Wiselives Clinic at DirtyScam.com-

This review has more to do with Aurora Wiselives Clinic and the receptionists than it does with the doctors. The receptionists are horrible.While the doctors that Ive seen there are good, based on the other staff I would stir clear of Aurora Wiselives Clinic. Go elsewhere.This has been my experience thus far:1. My husband had an appointment scheduled for Monday, November 13th at 4:40pm.I called and made the appointment. I then confirmed the appointment via email.On Friday November 10th, he received a phone called from Aurora Wiselives Center canceling his appointment for the upcoming Monday.It was cancelled due to not having doctors at the clinic that late.IF THERE DOCTORS DONT WORK PAST 4PM, THEN WHY WAS THE APPOINTMENT ORIGINALLY MADE??2. My husband had to get lab work done. Aurora Wiselives Center said that they would bill the lab work to the correct company -Lab Corp.I confirmed this on the phone while making the appointment. Guess what, they didnt.They lied to me and sent the bill to ACL Labs -resulting in a huge bill on my part.And dont even get me started on Auroras pre-certification department.Nothing but troubles that resulted in my MRI not originally getting covered.AGAIN, YOU HAVE BEEN WARNED. DONT USE THIS FACILITY. 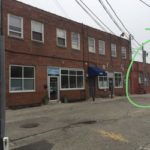