This is an archive of a consumer complaint published against Ava Lukac at DirtyScam.com-

I ordered from Ava Lucas based out of New York. The website had some ongoing offers on clothing and it seemed too good to be true. And, here I am. They never sent the items. The discounts were huge and I was looking for that kind of dress from a long time. Because, the similar dress was expensive on other websites, I ordered from this website.However, this was the biggest mistake of mine. I did not check the reviews before ordering from here. Later, when the items were not received, I did check the companys review online and found that there were many complaints registered against the company.After waiting for couple of weeks, I tried to contact the customer care. I called the number, and I got an automated voice which asked me to leave the message and the team would reach out. However, it has been more than two months and I have not received my items, neither anyone has called me. I have been calling these guys and leaving messages since last two months and these people only try to ignore me.I have even tried the email address. However, nothing happened. I am not able to track my order and the order seems to have lost somewhere. These guys charged my credit card. And, I received an email that the order was processed. The email also said that they would be sharing the tracking information soon once the items were shipped.But there has been no email since the first one I received. I have tried every way to reach these people. And, have failed at all attempts. This is getting serious. I understand that there are delays sometimes, but this is completely different. These guys are doing nothing to answer to my problem.I really doubt that they have even shipped the items. After my order went through, the items started showing out of stock. At first, I did not find any problem with that. But now I understand. They never had those items in stock. These people were trying to scam me out of my money. Once they succeeded in doing that, they took off the items from the list.I have seen many complaints similar to mine and they have stated too that the items went out of stock after the order was made. This cannot be coincidence. These guys are up for something. I have not been able to access my order details as well on the website. This is ever more scary.One thing is for sure that I am not going to get my money back and not the items I ordered. They have scammed me and are bunch of frauds who are online only because they want to scam more people.This was the last time I ordered from this website and would try to spread the word as far as possible. Do not order from this website. They wont sent the order and would keep the money just like that. 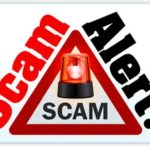