This is an archive of a consumer complaint published against Avadian Credit Union at DirtyScam.com-

Please put your money someplace else. I have had an account here for a decade at least, and after almost closing it because of some dicey fine print, and a disagreement over when charges went through and when deposits went in, I only kept it open after a manager called to “work things out with me. Which ONLY happened after I left a negative review. They removed the fees, I took down the post, and the account was left open.I live in different state now and have a Regions account which I have never had trouble with, and despite being a “big bank the people there have always been incredibly friendly and helpful and bent over backwards to make me happy.Not so with Avadian. After leaving the account open, an old online account ran charges that should have been attached to a different account. When I called to explain, I was basically scolded by the bank employee, and now they want over a hundred dollars in fees, or they will report negatively on my credit. All this after assuring me that overdraft charges would never be applied to my account again. I understand a bank is a business, and I understand that user error exist, but these people arent who they claim to be.This is not some small town “we are here for our customers type of place. They would rather make a couple bucks in fees, and be duplicitous about the fine print, than serve you. Again, I have had a couple accounts here for more than a decade, and even got a car loan through them. They are only interested in making money off you. Run fast. Run far. 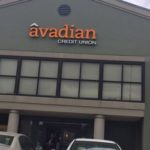