Back Bay Accounting and Tax Review

This is an archive of a consumer complaint published against Back Bay Accounting and Tax at DirtyScam.com-

Original Complaint against Back Bay Accounting and Tax published at DirtyScam.com says, verbatim –

Jerry was recommended but I was disappointed. First, he is a poor communicator; he was often difficult to reach and did not provide a lot of details in his communications, and I found his communications to be often vague and leaving out important information.Second, although I did communicate certain things to him, he did not account for them in his taxes.Third, he made multiple mistakes on my taxes and then charged me for the work in correcting them.The mistakes totaled about $1300 in taxes I would have owed if I had not caught them.To make things worse, when I told Jerry I was frustrated by all of this, he cut me off angrily and blamed me.I had a somewhat complicated tax situation due to a divorce and dependents, and he told me I failed to fill out the information in a survey he had given me.When I looked back, I did not see a place in the survey to provide that information — but in any event I had communicated the relevant info to him, he simply didnt incorporate it.The hassle of dealing with Jerry was simply not worth it. For me, he added no value. I would have been better off with Turbo Tax. 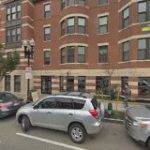 Visit the external source link
Back Bay Accounting and Tax