This is an archive of a consumer complaint published against Bank Of American Fork  Draper at DirtyScam.com-

I have banked at Bank Of American Fork  Draper since the early 90s, i have had them run coin for me in the past about $800-$1400/week because as a benefit of being a member they run the coin for free. i have several accounts with them.They are now telling me they are charging me for the free benefit that they offered me.I would not recommend a lying bank like this one.The name of the Manager that said this is the way it is was Shannon Johnson and Sherry Custance was the person that relayed the info.Very dissatisfied by how they are now.  most of the tellers are amazing though, but management are liars and could care less. 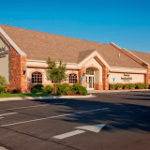