This is an archive of a consumer complaint published against Bank Of England at DirtyScam.com-

I am not putting a rating down because I still want to work with Bank Of England. I started attempts to VA refinance my home three months ago.I was told that I was approved for the new refi and forwarded some documents to sign and to submit all documents that are germane to the loan. I did this within one week.I did not get the “cash out that I requested, but decided to take the deal. I committed my self to the loan officer that I would not to seek other offers because his efforts seemed so genuine.To say with all honesty it has been a terrible experience to get the underwriting and sourcing of loan to be done expeditiously.I dropped one companys service because BOE said they could do a better loan. This was not true.The quick process was not true and today I was told that the lenders had 48 to 72 hours to fund the loan. That was last Monday.I am stuck now during the beginning of the Christmas Season not know for sure that my loan close before New Years.My family and I have endured the pain of being told to just wait and be patient this will all work out. Really? Show me something of hard evidence.Oh, and by the way this process stated in early August. 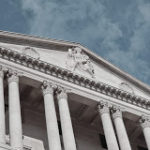