This is an archive of a consumer complaint published against Bank of Little Rock Mortgage at DirtyScam.com-

Overall, the worst experience either of us have ever had in purchasing a house. I would never recommend Bank of Little Rock Mortgage to anyone thats looking to get a mortgage.Im not sure which was worse, the unorganization, lies, not answering calls or the final threat of refusing to fund the loan the day of closing.Maybe my clue to how bad things were going to be should have been when I was told that I would be electronically signing things for my DadIf anyone called from underwriting with questions to not let them know that my Father wasnt signing or hadnt reviewed any of the documents.I helped my Father with getting his mortgage. Things went smoothly at first and then completely fell apart about a week prior to closing.We were told within the first ten days that they had all the documents they needed from him and that we were just waiting on the appraisal and underwriting to be completed.We were never informed that there was two different companies doing underwriting.Closing didnt happen as scheduled and we had to work with the seller to be able to store things in the house while we waited for closing.Bob and Annette, from the Joplin office, tried to say that they had asked for documents and I had never sent them.I forwarded two e-mails from Annette in which she stated that she had all the documents from my Father.Closing date was moved from May 4th to the 7th and then to the 8th and he finally closed on the 10th.Every day was a different excuse as to why we couldnt close. The underwriting from the second company wasnt back, computer issues, needed additional documents.It was never ending. I finally called Little Rock and spoke with Scott McElmurry and got him involved.I told him that due to Bob and Annettes mistakes this was costing us an additional $200 a day for a hotel and storage and expected to be reimbursed for anything past the 7th.On the day of closing, Bob called and told me that he would put $300 towards the closing costs and if I didnt accept this amount, he would not fund the loan.At this point, I felt like we didnt have a choice. My Father had spent a week in a hotel and spent $600 in storage fees.Bob and Annette had over a month to work on this file. It seems like neither one of them took the time to make sure they had all the documents they needed until the last moment.I mentioned to Bob would be nice if they had a written checklist they provided to clients so they could know what was needed and would have written documentation.I was told in the past they had provided this to clients and needed to start doing it again.I also told Bob that they needed to let clients know what to do and not do during the loan process.He said they usually do this when they have the client sign the loan and since they mailed the documents to my Father and didnt see him during the signing process, it wasnt mentioned.We found out at closing why we had to deal with two different underwriters.Little Rock Mortgage sold the loan prior to closing and we had to go through their underwriting process too.I have never worked with such an unorganized company. They pretend like they have the clients best interest at heart, its all pretend.We told them from the beginning that my Dad was selling his house in Texas and would then be paying off the mortgage.They told him to wait nine months before paying off the mortgage so they could get their commission.They reiterated this to us several times. When I spoke with Scott, I told him about this issue.He said it shouldnt have been said to us and if they knew he was going to pay the loan off early, they shouldnt have given him a loan.In the end, Little Rock Mortgage doesnt care about their clients or helping them get loans, its all about their commissions. 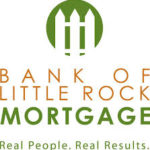