This is an archive of a consumer complaint published against Bankers Network Corporation at DirtyScam.com-

I had one of the worst consumer experiences of my life with Bankers Network Corporation.I locked in on a good rate with Suntrust through Siamack.I got all my documents in perfectly and immediately.And then I waited, and waited, and waited. The lock was only good for a month, and after two weeks of no activity, I really started to worry.Not only was the lock time limit running out, but Siamack was completely unable to get Suntrust to agree to extend the lock period until they completed their processing.This type of lender-caused lock failure is the dirty underside of the mortgage business.It is both fraud and monopolistic behavior, since Siamack and Suntrust took me off the market when I locked in with them.Siamack started blaming me for everything, saying I didnt handle calls properly that were placed to my company, even though I work in a small 3-person US sales office of a far-away Japanese company, and there is no “HR department here.Siamack was completely unsympathetic to my position. And the Suntrust sales rep (Bart Bartholomew) responsible for Bankers Network was a completely obnoxious and sleazy character.He would not return phone calls from Siamack, and when I caught him on his cell phone, he simply hung up on me (repeatedly).In the end, it was only through superhuman efforts on my part that this loan was funded prior to the lock expiring.I was calling Siamack every day, and I was telling him I was investigating hiring a real estate lawyer to sue him if the lock failed.Only through this tremendous pressure was I able to get Siamack/Suntrust to honor their lock. I had invested numerous hours putting the documents together.I had locked in at a very aggressive rate (that was no longer available), and I honored my part by taking myself off the market and only working with Siamack once he gave me the lock.Nonetheless, Siamack and Suntrust betrayed the faith I placed in them by taking this loan funding process to the brink of lender-caused lock failure.I will eternally feel a deep sense of bitterness toward Siamack and Suntrust.I recommend you avoid this mortgage broker. Find a broker that has some personal integrity and character, unlike Siamack.Also note that I filed a formal complaint with the California Department of Corporations (Investigation File # 413-0238; 10041304) against Siamack and Suntrust, and I sent a copy of the complaint to Suntrust.I also informed Suntrust that their sales rep was repeatedly hanging up on me, and I eventually received a call from his manager.She also tried to weasel out of responsibility for this fiasco, which was disappointing.All in all, many people in the mortgage business are really sleazy.Make sure you get with someone of good character. I will next time. 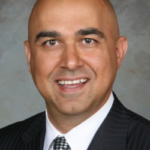