This is an archive of a consumer complaint published against Bargsley, Totaro, Andrews & Steinbach Cpas LLC at DirtyScam.com-

This is the most abusive, least professional experience with a CPA me or my husband have ever had.Today, I was listening to a phone conversation between my husband and one of the founders of BTAS, Paul Totaro, who is without a doubt one of the least professional people in this industry, and I was floored by Pauls behavior.During this call, Paul yelled at my husband  berated him, really  for daring to suggest that the communication hadnt been ideal to date, instead of listening and attempting to explain or fix the situation to our satisfaction.After several instances where Paul or his subordinates hadnt bothering showing up for scheduled meetings, an almost complete lack of responsiveness to email communication over the course of literally several months, and at least half a dozen redundant requests of us from new names at BTAS that kept getting added to conversations in lieu of old ones (apparently they have a lot of turnover in their employee ranks, and I can see why) to connect them with our bookkeeper  apparently no one had saved records of our conversations in files that would have eliminated redundant work for my husband, which is kind of one of the benefits of hiring a CPA firm in the first place  we felt we needed this call to clear the air, and politely inform them that we were going to switch to another firm for the remainder of our tax work.But thats not how it went. After we mentioned this, incredibly, Paul went into a fit of rage and yelled at my husband “well we dont want anything to do with you either!We felt like some authoritarian principal had called us into his office to berate us, rather than what was really happening, which was us politely firing a service provider that we thought was at least prepared to be professional about it and, who knows, maybe could have some introspection about the situation as a company who failed to meet at least one clients expectations (seems like, from reviews, its way more than one, however).We came to BTAS with high trust through someone who used to be involved in their day-to-day client relations.I see that their only positive review to date references this person, but unfortunately that review is old and since we started working with BTAS, this person stopped working day-to-day with the company.That is where all our problems began  once we got kicked to Paul and the revolving cadre of his subordinates.I hope no one else has to experience this, and if this review can dissuade others from getting trapped in this sort of abusive professional relationship, only to be left late into tax season to start over, then Im glad I posted it. 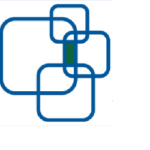