This is an archive of a consumer complaint published against BDO USA, LLP at DirtyScam.com-

gave my business to BDO USA, LLP for tax preparation from 2013 to 2017. The fee for 2017 was $1200.00,which was an increased fee to the prior years and I was not advised of the increase until I receive the bill.During this time I trusted them with my tax returns and paid extremely high fees compared to the competition.My agents company was bought out by BDO and I was already confident with his services.He then retired and I was referred to a new agent, Kathleen Hahn, CPA. She prepared 2017.I then received a letter on January 30, 2019, they had a “change in client focus and would be unable to prepare my taxes or serve as my CPA.At this point I hired a new CPA, recommended by my financial adviser at Morgan Stanley.Upon completion of my 2018 tax preparation, three errors were found from transposing numbers to double charges for financial advisor fees, from my 2017 report.My CPA advised it was in my best interest to let BDO know of the errors and to give them the opportunity to respond.I then contacted the preparer and tried explained the situation and was told “I dont want to hear it.I asked for the name of someone else to speak with and she responded,there is no one.She refused to hear anything regarding the situation or the discrepancies in her report.After further research and phone calls I was given the name of the HR Manager of the Orange County and San Diego location, Lee Duran.Mr. Duran returned my call and refused to hear any of the discrepancies found by my current CPA.He insisted that he stood behind his agents, obviously not his clients and his only explanation was different CPAs do math differently.I had to pay out of pocket to rectify the errors and pay the late fees on the amended return.My new CPAs fee was only $600.00 for preparing my tax returns for 2018 including correcting the errors and resubmitting for 2017($300.00 for 2018 tax preparation and $300.00 to correct 2017).It has been my experience that this company does not provide any customer service and I highly recommend not supporting them in any term or fashion. 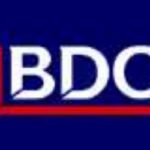