This is an archive of a consumer complaint published against Beautologie Fresno at DirtyScam.com-

My experience  was one of the worst With Beautologie Fresno. I had been dealing with the staff over the phone, i was approved for financing, i did my consultation with the dr over the phone as well as seen what my results would be.I was in the process of selling my house so i was trying to get everything line up before my surgery because i knew i wouldnt be able to lift.I told them i was driving from Modesto which is 2 hours and i didnt want to waste anyone time.I wanted to make sure i could put it on the account or else i wouldnt be able to do it.Marissa assured me everything was fine and they couldnt run it without me which they got it approved with out me.I arrived 30 minutes early for my appointment and kept busying by chatting with the front desk.There was no other patient in the office but i was seen until 45 minutes after my appointment time.When She finally came in to discuss the financing, i explained to her that Marissa had this all set up.The nurse who was awesome, took my pictures and my blood and did everything.I asked f they ran that payment because i wanted to make sure it was ok. I know have been there a total of 2 and half hours to be told that the account had been closed for no activity.Which what i was afraid of in the first place which is why i asked her to check before i drove 2 hours.i was pissed and i walked out. Marissa called and told me it wasnt her fault it was the credit company.Nothing like passing the buck. which is bull because she was suppose to check the day before.She said she would talk to someone and call me back. She didnt.The next day i receive a call from the office manager and tells me all we have to do is re open that account.Really why didnt you then? Because i was extremely pissed because i drove 4 hours for nothing and all they want to tell me how accommodating they are being.Well lets just say the office manager didnt like what i said and told me it would be better if i went elsewhere.Because your office staff doesnt have a clue what was happening, even the nurse was frustrated because Bakersfield office was lagging.Rather than fix their screw up, they ask me to go else where. I wouldnt send my dog there! 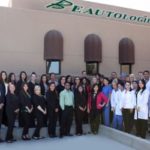