This is an archive of a consumer complaint published against Bedford Brownstone Realty at DirtyScam.com-

Im writing this review so that other buyers will be cautious when dealing with Bedford Brownstone Realty.Although we ultimately came in at full ask and were pre-approved by a major bank, we were required by their seller to be pre-approved by their small, local mortgage broker.Our offer was accepted and our attorney immediately received the sales contract.We moved on to home inspection and our attorney sent the contract back with a list of issues raised by said inspection.After a week we had heard nothing. Our agent had difficulty reaching Mr. Pinsky of Bedford Brownstone.However, in the interim, he held two open houses. 12 days after we originally received the sellers contract and spent $700 on the inspection, he had used our offer as leverage to get a higher offer.Please be wary because some of the developers Bedford Brownstone reps are clearly not doing good work.The litany of issues that arose from the home inspection were not only dangerous, but also, in some cases, violations of city code.Examples include PEX tubing for water supply, which is illegal in NYC.After telling us the roof was new, we found that not only was it not new, but that the hole left by the chimney was covered only by tar paper.Additionally, none of the mechanicals were vented to the outside of the home.The sump pump in the basement did not function and overflowed with water when the sink nearby was turned on. Yikes, shady at best. 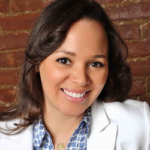