This is an archive of a consumer complaint published against Bellco Credit Union  98th & Washington at DirtyScam.com-

Heed this warning people, for your sake, DO NOT USE Bellco Credit Union  98th & Washington!They are the most irresponsible, inconsiderate, incompetent credit union I have EVER dealt with!I normally dont write reviews, but in the 5 years Ive had an auto loan with them, it has been THE MOST FRUSTRATING EXPERIENCE!They called and asked me for the title to my vehicle that THEY own!When talking with customer service they simply implied that they had no idea what was going on?!Additionally, they lost payments from my insurance company on my totaled vehicle THREE TIMES!And took FOUR full months to process the GAP claim and close the account!For your own sanity and financial well being, DO NOT DO BUSINESS WITH BELLCO!Absolutely atrocious company! 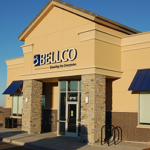