This is an archive of a consumer complaint published against Bellco Credit Union  Cherry Creek at DirtyScam.com-

Bellco Credit Union  Cherry Creek is awful! I moved my auto loan there almost 2 years ago and they have to be the most incompetent, least knowledgeable, and least friend credit union I have ever done business with.On more than one occasion Ive had extra car payments taken out while simultaneously receiving letters for default in the mail.Most recently (today) I had a payment come out that was supposed to be deferred due to my car being stolen.Becayse of my issues in the past I called to ensure that it was not coming out, i was guaranteed. Wrong.I called Bellco, was never apologized to, they had to “research and would get back to me, the bankers name in the credit/deferment department was Marlon and he was more than rude.2 hours later, i call Marlon back after not hearing anything to be told the money was back in my account.As I leave to go to the bank 10 min, i receive a call from Marlon stating it was not deposited into my account and i had to speak to a manager, without an apology, he interrupted me only to send me to a vm. I never received a call back.Im looking to move my loan ASAP 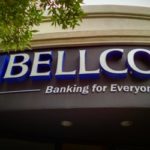