This is an archive of a consumer complaint published against Bellco Credit Union  Downtown at DirtyScam.com-

Bellco Credit Union  Downtown has horrible customer service. Save yourself time and energy and go with a credit union who values its members!We were charged hundreds of dollars in overdraft fees and they refused to remove them.The overdraft occurred by a purchase that came out even though I cancelled it.That caused a negative balance which snowballed into my debit card purchases of $1 here and $2 there to incur $31 overdraft per purchase.Even though the merchant was not suppose to make the withdrawal, its not their error and will not remove the fees.I also have alerts for my account that are suppose to notify if there is a low or negative balance.It notified me 2 days later when the account was already at -$786. 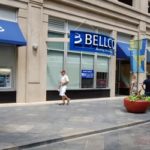