This is an archive of a consumer complaint published against Bellco Credit Union  Englewood at DirtyScam.com-

Bellco Credit Union  Englewood is the worst. Making up bullshit late fees for 13cents that was paid back in June but not say anything nor call or send mail.This credit union is a joke. I have one payment let to pay off my car and they are making it the biggest pain in the ass!I will never recommend this place to anyone ever!If I could give it negative stars I would!Never had so many problems when trying to pay something until I started using this joke of a credit union.Id take being in the hunger games over dealing with this shit! 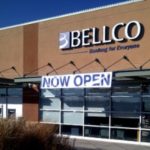