This is an archive of a consumer complaint published against Bellco Credit Union  Littleton at DirtyScam.com-

I Applied for a loan almost a month ago In Bellco Credit Union  Littleton, I have nearly perfect credit.I was asked to provide more information in order to complete the application process, which I did the very next day.Financial assistant helping me, named Ed, lost my paperwork, and didnt realize it for almost 2 weeks until he called me to ask me how everything is going, which seemed a little flirtatious and a little too casual, with my loan application and I told him that I was actually concerned that hes calling me asking that because I was waiting for a response.He admitted that he lost my paperwork even asked me for copies!I told him Im not bringing copies in and that he needed to find my paperwork.He called me back to tell me my paperwork had been found and that he would turn it into the mortgage guy right away.I still heard nothing back I finally called yesterday because Im getting irritated, and for whatever reason the man never received the pay stubs that I brought the financial assistant.They can forget about having my business after how rude the mortgage guy was yesterday on top of the inexcusable unprofessionalism of losing my paperwork with my personal information all over again!The mortgage guy was demanding to know how much cash I had, which is really none of his business, telling me that I probably couldnt afford a condo LOL! Trust me, I can afford it and theyve lost a customer.What pathetic service, I really expected more and I was really excited to work with them. 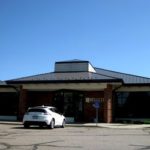