This is an archive of a consumer complaint published against Bellco Credit Union  Thornton at DirtyScam.com-

I have been with Bellco Credit Union  Thornton for about 18 years. Most of the time I have loved it.Why did I then give it such a low rating? Their loan and customer help department.I have had auto loans with them before, no problem. This last loan however, has been a nightmare.After securing the loan, I asked if everything was in order.The loan officer (at the bank) told me that everything was in order.Months later, I get a letter saying that I had better get them the information they need  no statement on what was needed.I called the bank. I was told the loan was approved and that no information was needed.Their statement was “disregard the notice. Well I was stupid enough to believe them.After a few months I get a letter saying that I have not provided the information they needed and they threatened to call the loan, make me pay for lawyers and all litigation, costs etc.Again no mention of what was needed. Again called Bellco.This time was told they need a copy of car title and to take a picture and email it to Bellco Title office. I tried several times and email kept bouncing back.I had my wife drop by the office above and let them copy the title.They took the title from her (not a copy) and refused to give her a letter confirming that this was all they needed.So now I have no way to prove I gave them the information.My fear, I will come out and find the car repossessed , even though I am ahead on the payments. 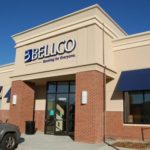