This is an archive of a consumer complaint published against Berkley Bank at DirtyScam.com-

First impression were very good when I signed up for an account.Later on called for some wire transfer information from the Berkley Bank that originally helped me (NF) and she never returned my call.Tried emailing her, never returned my email.I originally banked with them from a referral from a friend that said they are not like those “bigger banks that annoy you with sales calls etc.Great, but “some customer service would be nice! I closed my account of a fairly large sum of money and invested it somewhere else, not because of that, but it certainly helped motivate my decision. 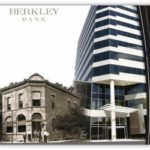