This is an archive of a consumer complaint published against Better Loans and Homes Realty at DirtyScam.com-

Mina is by far the most unprofessional and rudest person I have encountered in a long while.My fiance and I were recently looking into renting a home she was representing.After more than two weeks of calling and emailing and only ever hearing back from her assistant Jenny; as well as jumping through every hoop imaginable, we were finally offered the house by the owner.We were already less than impressed by how difficult it was to get ahold of anyone at her office however the real horror started once we had been accepted for the property.Immediately upon the owners acceptance of us, our agent started being contacted by several people who we had never spoken to and who we had no knowledge of, including Mina.Over the following few days, it became quite clear that neither Mina nor the additional person who was emailing us had any communication with their clients as both were discussing things that either hadnt happened, or werent relevant to us at all.After voicing our concerns and unhappiness with their lack of communication, the harassment started.Both our agent and ourselves received several harassing and accusatory emails from Mina (which were written out in ALL CAPS) and included comments regarding myself and my fiance, as well as remarks about our agent and her ethics and practices.Eventually, we decided to walk away from the house due to the entire staffs lack of professionalism and quite honestly, disgusting attitudes.Jenny was the only person we encountered on Minas team who was polite and professional and I feel terrible that shes stuck working for such a disgraceful woman.Luckily, we went on to purchase a beautiful $800k home in Mission Viejo and are closing escrow in 3 days!Thank God for all the red flags and Minas horrible attitude or else we would have been stuck in a terrible situation for a year!I definitely do NOT recommend Mina. You will more than likely have a terrible time and her and her team will cause more unneeded stress in an already stressful time. 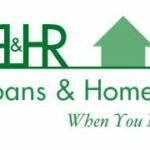