This is an archive of a consumer complaint published against Beucler & Lykens CPAs at DirtyScam.com-

My husband and I had both our personal and business taxes done by Cy Wyche. Part of what we were paying him for was paperwork for some loans we received.We paid him $50 extra dollars to prepare two forms. Several months later, we learned that these forms were never sent out.My multiple calls and emails were never returned.There was one time I actually talked to someone versus leaving a message and my call was still not returned.I dont believe this work was ever done and neither of the intended recipients ever received them.Up until this point we were pleased with Cys services but we will not be returning to him next tax season. 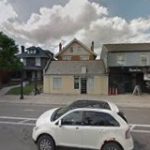