This is an archive of a consumer complaint published against Bierman CPA at DirtyScam.com-

If you are looking for a competent professional tax firm go somewhere else.Im an attorney and contacted Bierman CPA for bookkeeping services.I thought everything was being handled well until I received my first invoice.I was billed for 3 months of work and presented with a balance. That is all.The invoice did not itemize the work that was completed nor the time spent on my accounts.I called to inquire and was told the person in charge of billing was out of the office.I emailed said person and requested a call to discuss my invoice when she get back to the office.I had to write multiple emails, and finally, more than 3 weeks after my initial inquiry, I received a call back.In terms of the invoice, I was told that “our billing software doesnt print hours spent or something to that effect.I found this excuse to be weak and bizarre.So I decided to look into my accounts. I realized that none of my accounts had been reconciled for more than 3 months!At that point I decided to terminate my relationship with this firm.I retained a new bookkeeper that has been working hard to fix the errors done by Biermans & staff.I was content with moving on. But then I received this email from current bookkeeper:”I am not sure if your prior bookkeeper knew what they were doing, but unfortunately none of the IOLTA expenses in 2018 were allocated to any specific accounts, they were just re-allocated back to the bank account.The whole year needs to be reconciled.No disrespect but you really should ask for your money back if you paid for services because almost everything (90%) that was done was incorrect, I have never seen anything like this beforeThis is a serious matter. As an attorney I have to report my accounting to the State Bar.Biermans substandard work placed my law license, and my clients lives, in jeopardy. 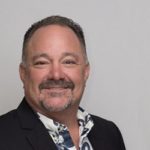