This is an archive of a consumer complaint published against Birmingham Obstetrics & Gynecology PC at DirtyScam.com-

I have been a patient for many many many years and truly thought my doctor at Birmingham Obstetrics & Gynecology PC cared more for patients than anything, I discovered I was completely wrong.I have been going through worst time of my 69 years.Ex spouse was to be paying my health ins assured me I was covered but all medical statements went to him from ins company I requested mine be sent to me.To no avail. AFTER mammograms having orthopedic surgery therapy on and on discovered the ins wasnt there.I spent a year and half taking everything I had to pay thousands of medical bills and almost broke and nervous breakdown I owed this practice $81.When I called for my med refills I was denied! One has strong withdrawals.I was told pay the bill then they would help me. I didnt pay because I JUST DID NOT HAVE IT.Is that caring for a long time patient? Didnt red flags go up  hey this isnt like my long time patient!But to refuse meds that are required, Shame on you bhamobgyn.Thought you were the best and better than that.Will look for someone who really cares.Checks in mail no matter what!! 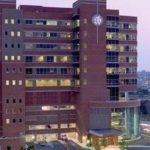