This is an archive of a consumer complaint published against Blake Davidson, CPA, CFP, Accountant at DirtyScam.com-

My experience with Blake Davidson, CPA, CFP, Accountant was pretty terrible. 3/18 I submitted all of the information he requested in order to create a tax form needed to file my businesss tax return.I asked at that time if he could give me a timeline on when things may be completed and he told me he couldnt. 3/25 I sent an email asking about the status of my forms and to make sure he didnt need anything  no response.-3/31 I called Blake to see if he could give me an idea on when he would have my forms  he told me he would have something for me by the end of the week (4/3/2015). 4/6 after receiving nothing from him, I sent him an email  no response. 4/7 I sent him another email  nothing. 4/14 my business partner finally got in touch with him and he texted her not to worry that “no man is left behind and hell get our forms to us on time. 4/15 (the tax deadline) he calls me at 8:30PM to tell me this long sob story about how his servers have been down and blah blah and how hes so sorry and has filed my extension.He promised to have my forms to me the first of the following week (4/21). Today (4/21) after leaving him a voicemail, he tells me that hes going on vacation and will get to my return “first thing when he gets back on 4/27.I thought he was joking but he wasnt.Today, when I was deleting his access from my Quickbooks account, I realized he NEVER accepted the invitation for access which means ALLLL of this time he never looked at our information  ridiculous.Im a very reasonable person and not naive to think that tax time for any CPA is a busy time.The fact of the matter is, Blake failed to deliver multiple times and left us in the dark.Had we known up front that he was incapable of getting our forms to us in time, we would have went another direction.My advice to anyone looking for a CPA, look elsewhere. 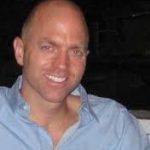