This is an archive of a consumer complaint published against Blakeney Family Physicians staff at DirtyScam.com-

The only good thing about Blakeney Family Physicians in Steele Creek is the doctors  Culp and Gilchrist.Ive had the privilege of seeing them both over the years and theyre very professional, thorough and very good listeners.But the reception/ nursing staff at this location leaves much to be desired.Over the years its become increasingly frustrating dealing with whomever answers the phone for appointments.I have always gotten the impression of tired, confused and unsympathetic staff here and this past week was really the last straw.I tried getting a sick appointment here for five days now. Last week I called and was put on hold  as is common practice there.I waited five minutes and then hung up, as is common practice for me when I get put on hold. (I can count on being on hold for at least two minutes when they have to ask me to wait, and thats at least half the time. I can count on waiting, and I usually plan to wait, on hold and then have to hang up and call back later at least half the time I try to make any kind of appointment.)I called the next day  again put on hold. Thought maybe I could make it through the weekend with my symptoms, so I didnt call back again. Of course, the weekend arrived and Im sick as a dog, but going to urgent care is expensive and there is no telling what the wait time is going to be, so I wait until Monday. Called around 9am and was told they are booked up for the day but I should be sure to call back at 8am, when the office opens, the next day and I should be able to get in.Called back the next day at 8:30am — I know, its not 8am, but I wanted to get up and see how I felt before deciding I should see the doctor. A different nurse tells me theyre booked up and I should try to call back at 7:30am, which is when they start answering the phones.What? They start answering the phones at 7:30am? If I had known that, I could have planned to call earlier. Previously I had been told to call no earlier than 8am?! Now Im sick, its the holidays and Im dealing with misinformation from an unprepared and disorganized reception/ nursing staff — again. This kind of thing is a common occurrence at this office, though, and Im kicking myself because I should have known better than to completely trust what one person tells me there.At least the second time around I got someone who reminded me I could try the new clinic at Target for a sick evaluation. The day before, when I asked what my options were to see someone else immediately, the nurse told me I had no other options other than my primary care doctor.These are trained professionals working in the health field? I wish they could do better because Im considering other primary care options in the future. 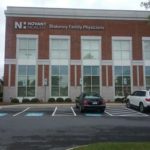